Launch of the Rwanda Sustainable Energy for All (SE4All) Action Agenda

During his speech, the Minister highlighted the commitment of the Government to assure rapidly access to modern energy services for all and commended the development of the Action Agenda as a useful tool to advance towards the Sustainable Development Goal number 7 on energy.

Daniel-Alexander Schroth, the Coordinator of the SE4All Africa Hub at the African Development Bank, underscored that “the Government has set national targets and outlined a series of priority actions, it will now be critical that there is concerted support from partners and the donor community to the government to turn these commitments into reality”. He further highlighted the Bank’s focus on energy under the New Deal on Energy for Africa and the Bank’s pledge to increase its energy investments to US $12 billion for the 2016-2020 period with a view to leverage another US $50 billion.

The Rwanda SE4All Action Agenda sets sector targets for the Country, and outlines the priority actions required to achieve them. The Action Agenda highlights that the country plans to achieve universal electricity access with a combination of both grid extension and off-grid solutions for the most isolated areas, achieving an universal basic level of access (Tier 1) by 2020 and progressing to have least 70% of the population with advanced access (Tier 3-5) and the rest with moderate access (Tier 2-3) by 2030.

Rwanda also intends to achieve universal access to clean cooking solutions by 2030, with 100% share of sustainable biomass and reducing the share of charcoal in urban areas. Renewable energy will play an important role in the development of the energy sector, maintaining a share in the electricity production of 60%, matching the planned 10 factor growth in the installed generation base by 2030.The Action Agenda also foresees several measures to increase the energy efficiency in the country, doubling the efficiency of biomass use and extending the current rates of improvement of electrical efficiency.

The Action Agenda was developed by inter-ministerial working groups through an inclusive process, with extended consultations with national stakeholders and international experts. The Action Agenda is an umbrella energy sector development document and constitutes a suitable national response to the Sustainable Development Goal (SDG) number 7 on energy adopted in September 2015 by the UN General Assembly that strives to “ensure access to affordable, reliable, sustainable and modern energy for all”.

The African Development Bank supported Rwanda in this process with technical assistance financed via the African Climate Technology Centre (ACTC) upon a request from the Government. 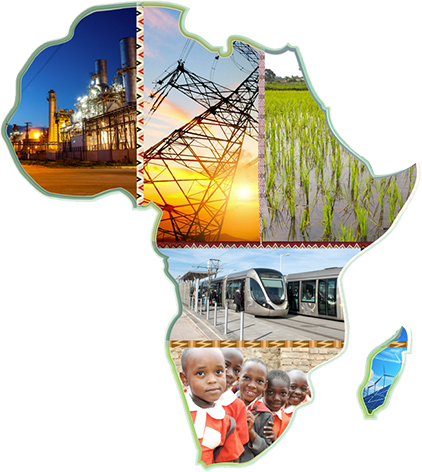